Download the self-hypnosis audio without podcast intro to listen every day:

This is a very special episode because it is the first time that I have a guest on the podcast.

Today’s guest is Mr. James Wedmore, who is a very very good friend and he’s here because our relationship perfectly reflects the topic of today’s episode – AYNI. AYNI is an ancient Incan word for the concept of reciprocity of life. James and I play a huge role in each other’s lives and serve each other.

In this episode we talk about in great depth the concept of AYNI and giving with an open heart.

[10:58] Why you need to give first to be able to get
[16:40] The difference between doing something with your heart and giving without any expectation vs. just doing it for the money
[17:46] Aligning with your purpose
[25:30] How letting go of things (even if they are valuable) sometimes is the best thing you can do if they are not in your heart
[33:23] How having money doesn’t change you and your being How selling is helping others because if people don’t have skin in the game, they don’t get the transformation
[41:00] How you can manifest anything and give even without having any money
Jump to this topic

And, of course, a lot more, and you know that.

Your life will become truly amazing if you follow the AYNI principle and you start giving with an open heart to people around you.

[Jim Fortin]: You're listening to Transform Your Life From The Inside Out Podcast. In this episode, the first time that I've done it here is I have a guest. And the reason that I have a guest is because having this guest demonstrates today's topic. Today's topic is what's called AYNI. A Y N I is the word AYNI is ancient Incan, and it means the reciprocity of Life. Today's guest is a very, very good friend of mine, we've been on vacation before, I mean, he's been a guest in my home, one of my best friends. Today's guest is Mr. James Wedmore. Now James and I, we played a huge role in each other's lives. When we met a couple of years ago, we didn't recognize that we were going to be entering into an AYNI , reciprocity of life relationship. I would not actually be doing the podcast at the level that I'm doing it most likely had I not met James and James, his business would not be where it is most likely had James not met me. When we met, actually I was looking to expand and get back, you know, back out on the world because I took several years off and get more exposure which James provided to me and James was looking for ways to grow his business. And I helped him do that through our one to one coaching, where he himself started transforming his life from the inside out. So we served each other. And in this podcast, we talk about in depth, the concept of AYNI, and giving with an open heart. Enjoy.
[Jim Fortin]: Hi, I'm Jim Fortin, and you're about to start Transforming Your Life from the inside out with this podcast. I'm widely considered the leader in subconscious transformation. And I've coached super achievers all around the world for over 25 years. Here, you're going to find no rah-rah rah motivation and no hype. Because this podcast is a combination of Brain Science, Transformational Psychology and Ancient Wisdom all rolled into one to take your life to levels you've never thought possible. If you're wanting a lot more in life, to feel better, to heal, to have peace of mind, to feel powerful and alive, and to bring more abundance and prosperity into your life, then this podcast is for you. Because you're going to start learning how to master your mind and evolve your consciousness. And when you do that, anything you want then becomes possible for you. I'm glad you're here.

Thank you for listening to this entire podcast. If you're the kind of person who likes to help others, then share this with your friends and family. You know, if you found value, they will too. So please share via your social media channels. Also, if you have questions, I'm here to assist. You can email me questions to support@jimfortin.com. And I may even use your question for a future podcast episode. Also, if you want transformational content like this daily, connect with me on Instagram, my Instagram name is @iamjimfortin. Finally, I do have a personal request. I believe that we're all here to help others and to grow and evolve ourselves. together, you and I, let's help more people. If you would, please leave a review on iTunes and a good one by the way. I'd be grateful and through your assistance together, we can transform more lives. Thanks for listening.

Episode 5: Why Your Bad Habits Are So Hard To Break

If you found value in this episode, please leave me a review on Apple Podcasts! Our mission is to help as many people as possible transform their lives, and when you leave a positive review, more people can find this podcast! Just click here to review, select “Ratings and Reviews” and “Write a Review” and tell me what your favorite part of the podcast is.
Thank you!
GET Jim's MASTER THOUGHT FORMULA
SIGN UP FOR THE TRAINING
DOWNLOAD THE AUDIO
Download FREE PDF 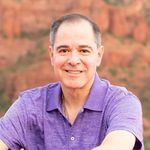 How often you wondered why things are not coming to you as easily in life as they seem to come to others? Probably almost everyone reading this can relate in some way. You’re working away, you’re helping others but things just don’t open up. There are a few reasons for this but a vital reason is

EPISODE 143: “ENCORE Episode: How To Stop Fear And Worry”

Have you ever asked yourself why you’re on this planet? I don’t mean “what is your purpose while you’re on the planet, but the bigger question is…why on this planet? I attempt in this episode to get you to start thinking from a much higher perspective about the nature of your existence here on Earth.

Your Clearing Audio is waiting!

By submitting your information you agree to receive our weekly newsletter.